Designed for passionate supermarket people, this event will be a deep dive into really practical solutions for both the common and the more challenging problems operators experience in their stores each day.

Lots of sleep, an open mind and a willingness to learn/share with others are the only course prerequisites. Be ready to work! This program will undoubtedly exhaust and exhilarate you at the same time 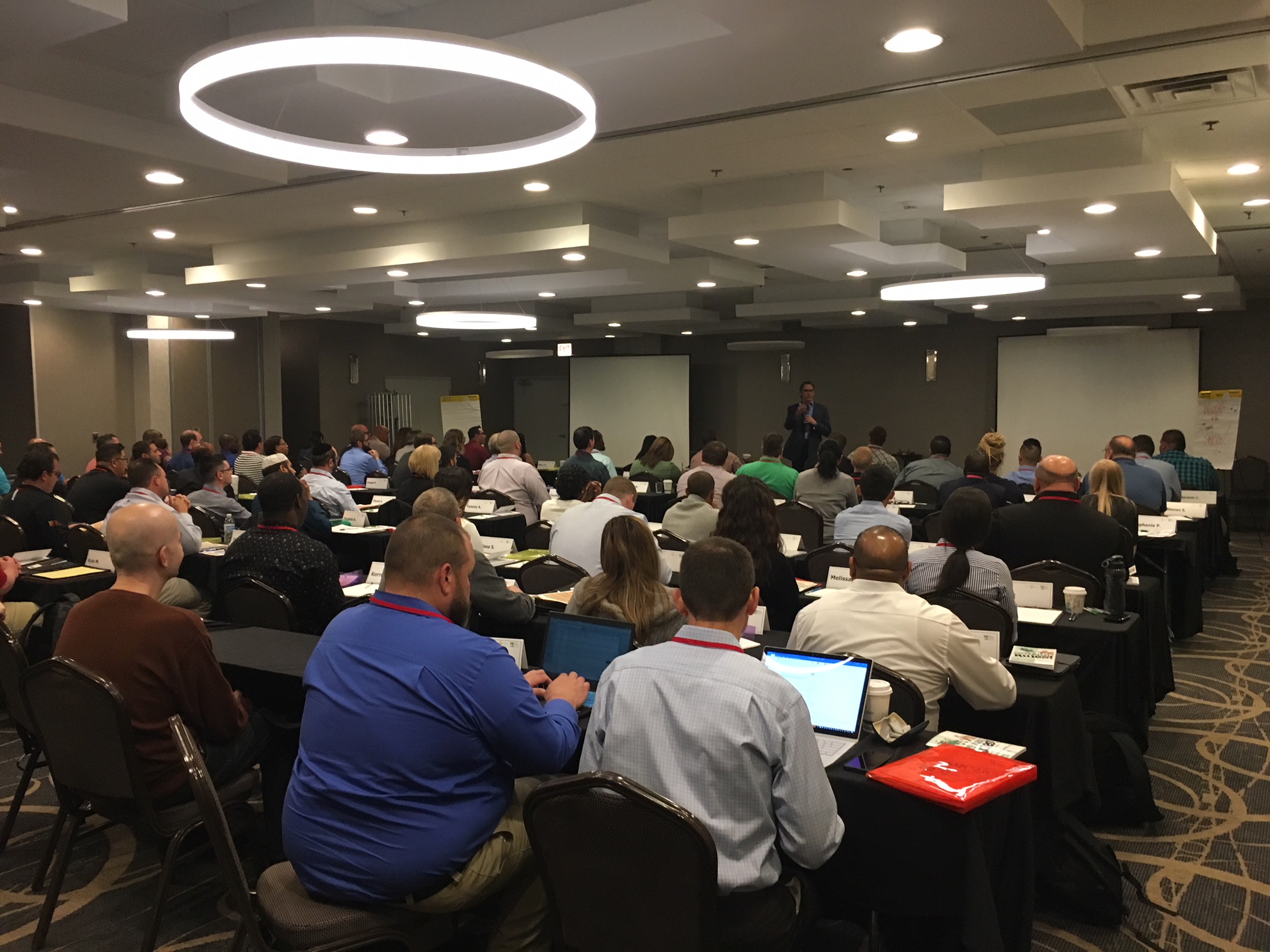 Download Flyer
Faculty and attendees will meet for the first time online to discuss:

All attendees will have access to the Retail Learning Institute’s Online Program, which has been specifically developed for the food retail industry. The selection of courses will be tailored to blend and complement the SMC 2.0 learning experience. The class faculty will assign some online courses and recommend others.

Evening Activity: Group Assignment
With your group, you will read Supermarket Rules (book provided) and pick your 5 favorite rules to adopt.

Evening Activity: Store Tour – Downtown Chicago
With your team, visit food retail stores, and agree on the best take-away to share with the class next morning.

Day 3: The Power of Passionate People

“Culture is not the most important thing, it’s the only thing” – Costco’s co-founder, Jim Sinegal

Join your faculty and classmates online for this retrieval webinar. After a few weeks back at work, it is critical to retrieve the learnings from the class during this learning event. We will review the SMARRTEST Goals, actions and development plans. This webinar is the official closing the SMC 2.0.

“Definitely going to send another management group next year.”

“An incredibly through, inspiring and developmental experience. Tremendously valuable.”

“Very new to grocery (9 months) also came in as HR. I learned more about grocery in 4 days than 9 months.”

“Great class, a lot of takeaways. I don’t write notes… and I wrote notes. Most of the presentations were 100% top notch. The passion and enthusiasm is infectious and inspired me to get back to work with major takeaways! Some of the content wasn’t as relevant to our particular company, but that didn’t defect from the overall class.”

*Make sure you provide a valid email as all the communications regarding the class will be made via email.

Step 2: You will receive an email confirming your registration. Your seat is secure only after payment is received.

Step 3: Submit your payment. (Instructions will be provided in the confirmation email.)

Step 4: You will receive a Welcome email with all the class details and your payment confirmation.

Step 5: Contact the hotel to make your reservation. (See the Hotel Information tab in this section.)

Each day is designed as a stand-alone event. If you choose to attend specific days, the cost per day is $395 USD.
Price includes class materials, refreshments and lunches Monday thru Thursday.
Price does not include travel, hotel or other meals. Hotel rate includes breakfast.

The class will take place at the Superior Ballroom in the Holiday Inn Chicago O’Hare.

A special rate of $110 per night + taxes has been negotiated for the class attendees.
This rate will be available until Friday, March 30th.

If you have any questions or need assistance please contact us at Retail Learning Institute: 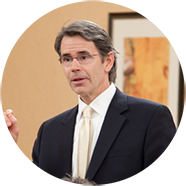 Although Harold may not be the brightest looking presenter you’ve ever met, he may be the most passionate. Harold loves the supermarket business; learning from his own experiences and from the experiences of others. Most of all he loves TEACHING what he has learned.

Harold’s passion for teaching permeates his presentations. Over the years, he has created 30 top rated seminars and written 3 books. He has been a featured presenter at the food industry’s most prestigious conventions for almost 30 years.

Harold is a graduate of the Wharton School at the University of Pennsylvania and holds an MBA with honors from the University of Chicago. He has been the president of a company with 1000 employees and 14 stores and was a franchisee of a 3-unit, award-winning family restaurant group. Harold is a proud father of 3 and lives in Virginia Beach, VA with his wife, Deanna.

Harold has said, “I’d rather see the audience taking notes than to hear their applause.” This remark speaks to his intense desire to make a meaningful connection with his audience, which is his ultimate objective. 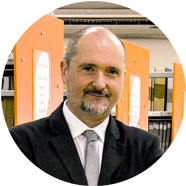 Paulo Goelzer joined IGA in 1994 and focused his attention on international growth, licensee development, and global learning. Today, he is the President of the IGA Coca-Cola Institute, a corporate university that provides the international retail industry with learning & development programs.

Paulo began his career in the food industry very early, working in his family’s food business. He was also a Senior Strategy and Consumer Package Goods Industry Consultant for a German/Brazilian consulting company, a researcher and consultant for the Brazilian Wholesaler Association (ABAD) and a marketing director for a CPG company.

He is a Visiting Scholar in postdoctoral program at University of Wisconsin Milwaukee, and a visiting professor at the Graduate School of Business at UNISINOS in Brazil.  He served as Distinguished Visiting Scholar for the PhD program in Organization Development at Benedictine University, and adjunct professor at UNISC -Brasil. Contributed numerous articles on management, organizational culture, learning & development, and leadership. He co-authored the textbook Distribuição de Classe Mundial (IMAM) and a chapter in Advances in Global Leadership (Elsevier Science). 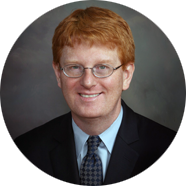 Mr. Ross served as President of IPG Emerging Media Lab at The Interpublic Group of Companies, Inc. He also founded and served as Chief Executive Officer of IPG’s Shopper Sciences, where he led the media brands retail practice, working with retailers and brands across the world on branding, shopper marketing, media strategy and innovation. He has spent a majority of his career in retail, serving in store operations and merchandising, e-commerce and marketing. His early career was in retail in-store operations, merchandising, e-commerce and marketing.

Before joining IPG, he spent 11 years with Home Depot in various marketing roles, including e-commerce, branding, global marketing and advertising. He worked to launch Home Depot into international markets; developed marketing plans to launch the chain into new categories like major appliances; supported the development of proprietary brands, many of which, like Hampton Bay and Ryobi, have become industry leading brands; and during his tenure, saw the chain more than double in size. He has dedicated his career to listening to shoppers, understanding their evolving needs and delivering differentiated experiences that inspire loyalty both in-store and online. He has extensive shopper analytics expertise and executive management experience. He has championed the rise of the technology-empowered shopper and advanced the role data analytics play in marketing and retail.

With more than 30 years of retail, data science and marketing experience, he has been a contributor to the company’s initiatives to use technology and data to improve the delivery of information, goods and services that make a difference in the lives of shoppers and those who serve them across the globe. Foremost in his accomplishments was pioneering new customer scoring and analytics tools to parse shopper data and manage loyalty for retail clients in categories ranging from specialty pharmacy and health to traditional grocery, convenience, discount and mass merchandising. He serves as a Member of Strategic Advisory Board at Inmar, Inc. Mr. Ross is the Author of the book “Fire in the Zoo”, covering retail marketing science, shopper marketing and the value of data-driven listening. He co-authored the Google shopper marketing book, “The Zero Moment of Truth (ZMOT),” and founded both IPG’s Shopper Sciences and the “Neural Shopping Matrix” path-to-purchase research methodology. Mr. Ross holds an MBA from Tulane University. 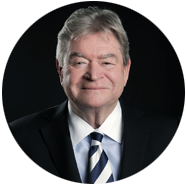 Norman, CEO of Dorothy Lane Market, has been married to his wife Terry for over 50 years and they are proud parents of six children. He grew up working in the grocery industry with his father, Calvin, who started the business as a fruit stand in 1948. A pledge toward service, innovative merchandising promotion and associate involvement has been the basis for DLM’s survival and has turned this three-store independent into a Dayton icon. Dorothy Lane Market stores are located in Dayton’s South suburbs and employ approximately 840 people.

Norman has delivered presentations on the food industry in such diverse places as Europe, Japan, Australia, South Africa, and China. He currently serves on the Board of The Food Marketing Institute and has served on The Coca-Cola Company Chairman’s Council and The Coca-Cola Retailing Research Council.  Norman also has lectured at The University of Georgia’s Deer Run Fellows Program and was an ongoing lecturer of the Purdue Supermarket Operators Management Course. He has also taught at USC in conjunction with the Western Association of Food Chains. 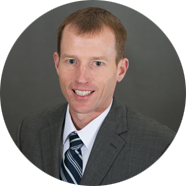 Currently, Senior Director of Loss Prevention for Skogen’s Festival Foods, Joe Laufenberg has been with the company for 12 years and also oversees Food Safety, Risk Management, Workplace Safety and Receiving. Festival Foods is a family and employee owned grocer that started in 1946 in Onalaska, Wisconsin. Today, the company operates 26 stores throughout Wisconsin and has over 6,500 associates.

Prior to this role, Joe worked a variety of theft and fraud investigations in several industries, including retail. He also worked as a private detective investigating insurance and healthcare fraud. A veteran of the U.S. Army, Joe spent six years serving his country, both in active duty as an MP in Germany and in the Reserves.

Bill has spent his entire career in the retail supermarket industry having directed loss prevention programs for Harris Teeter Supermarkets, BI-LO Supermarkets and Kash n’ Karry Food Centers. He is a Certified Retail LP professional and a lifetime member of the Loss Prevention Foundation.

His real world approach to the reduction of losses provides immediate returns and increased value to his clients.

Bill writes articles for various trade publications and is a featured speaker at retail trade conferences including presentations in Mexico and China. 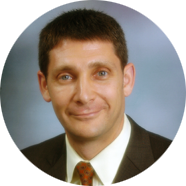 Doug Madenberg has led RFG since 1995. He consults with grocery retailers across the U.S. to align their strategies and tactics with feedback from primary and secondary customers, competitive shoppers, hourly associates, store and department managers, office staff, and distribution personnel.

The Retail Feedback Group has been a thought leader in the grocery industry. RFG was the first to introduce an automated feedback platform specifically designed for supermarket retailers. Since 2004, Constant Customer Feedback™ has set the standard for actionable customer insights that engage store-level management in addition to marketing and operations executives. Doug has presented survey findings to meetings of the National Grocers Association and the Food Marketing Institute.

Doug also co-developed the Retail Culture Survey™ in the mid 1990s with renowned consultant Stan Silverzweig, and over 50,000 supermarket associates have since participated.

Prior to joining RFG, Doug was a Manager in the TRADE Retail Practice of Deloitte Consulting. He holds MBA and BS degrees from Cornell University in Marketing and Strategic Human Resources.

He is the Director of Loss Prevention for Associated Food Stores in Salt Lake City, Utah.  As in interrogator, Dale has performed over 1500 investigations and over 5000 interrogation interviews.  Dale was a police officer at the age of 18.  He has owned a restaurant and worked in the retail grocery and restaurant industry for 35 years.  Dale has 28 years of experience at the corporate leadership level. 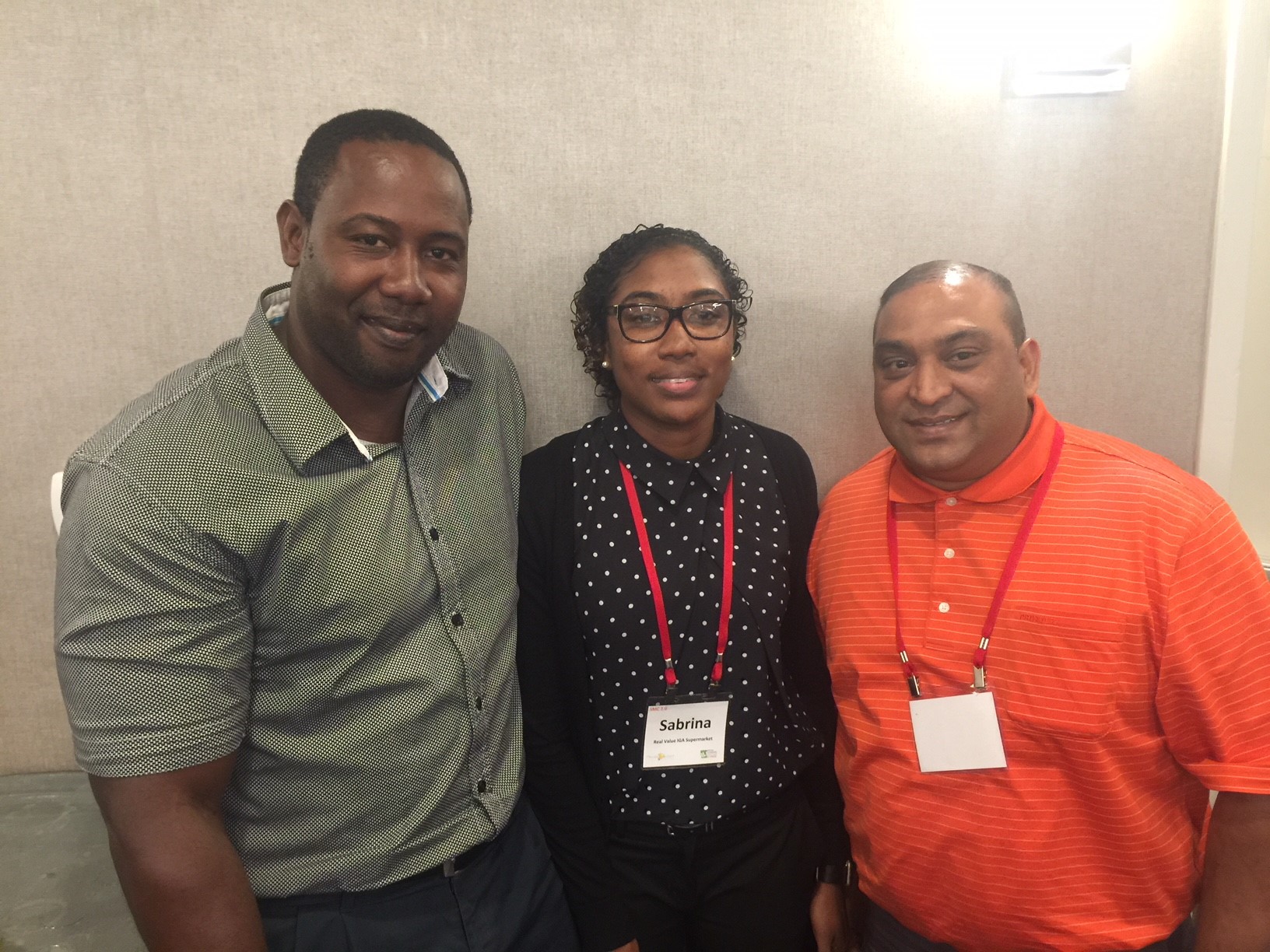 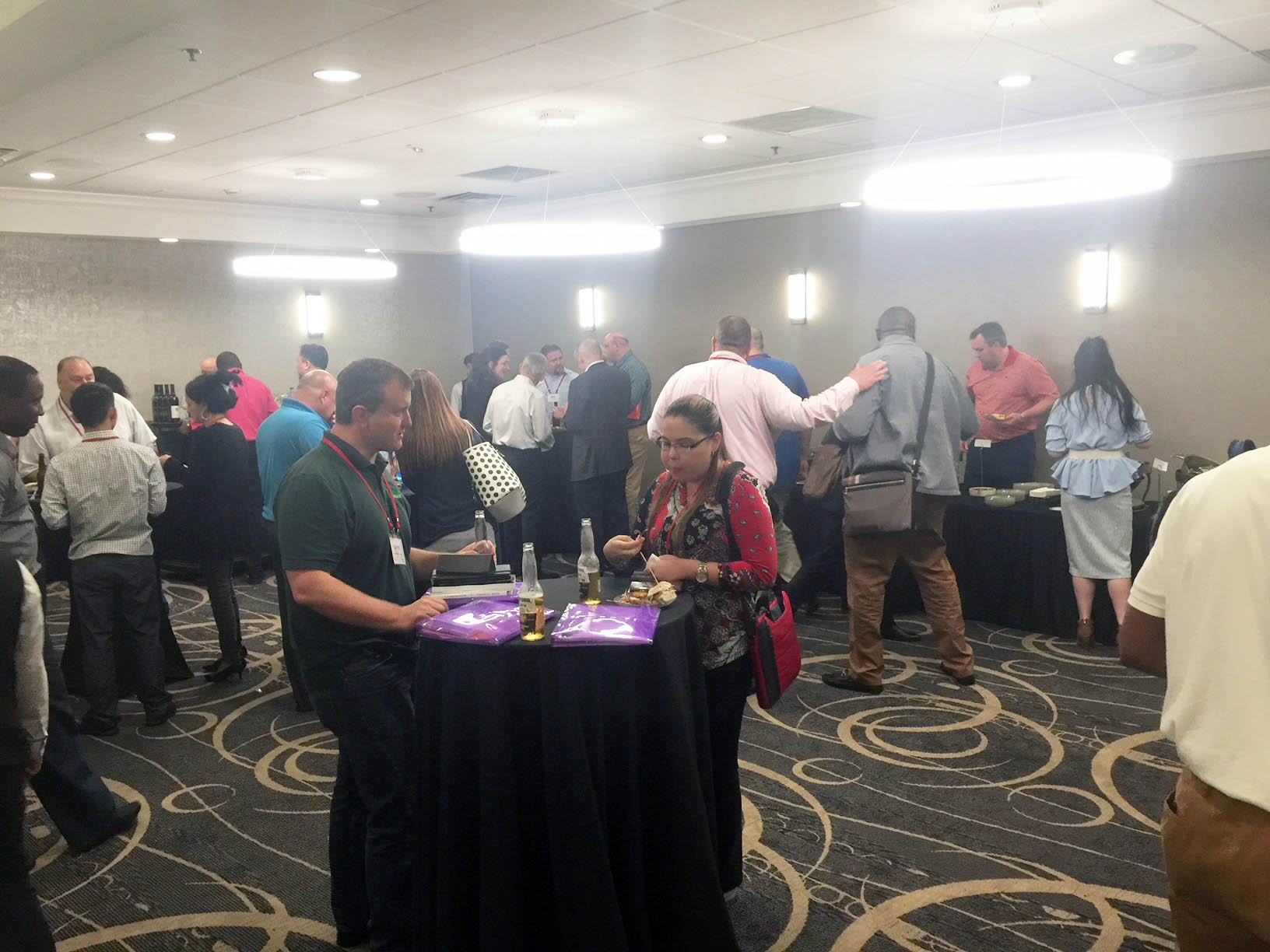 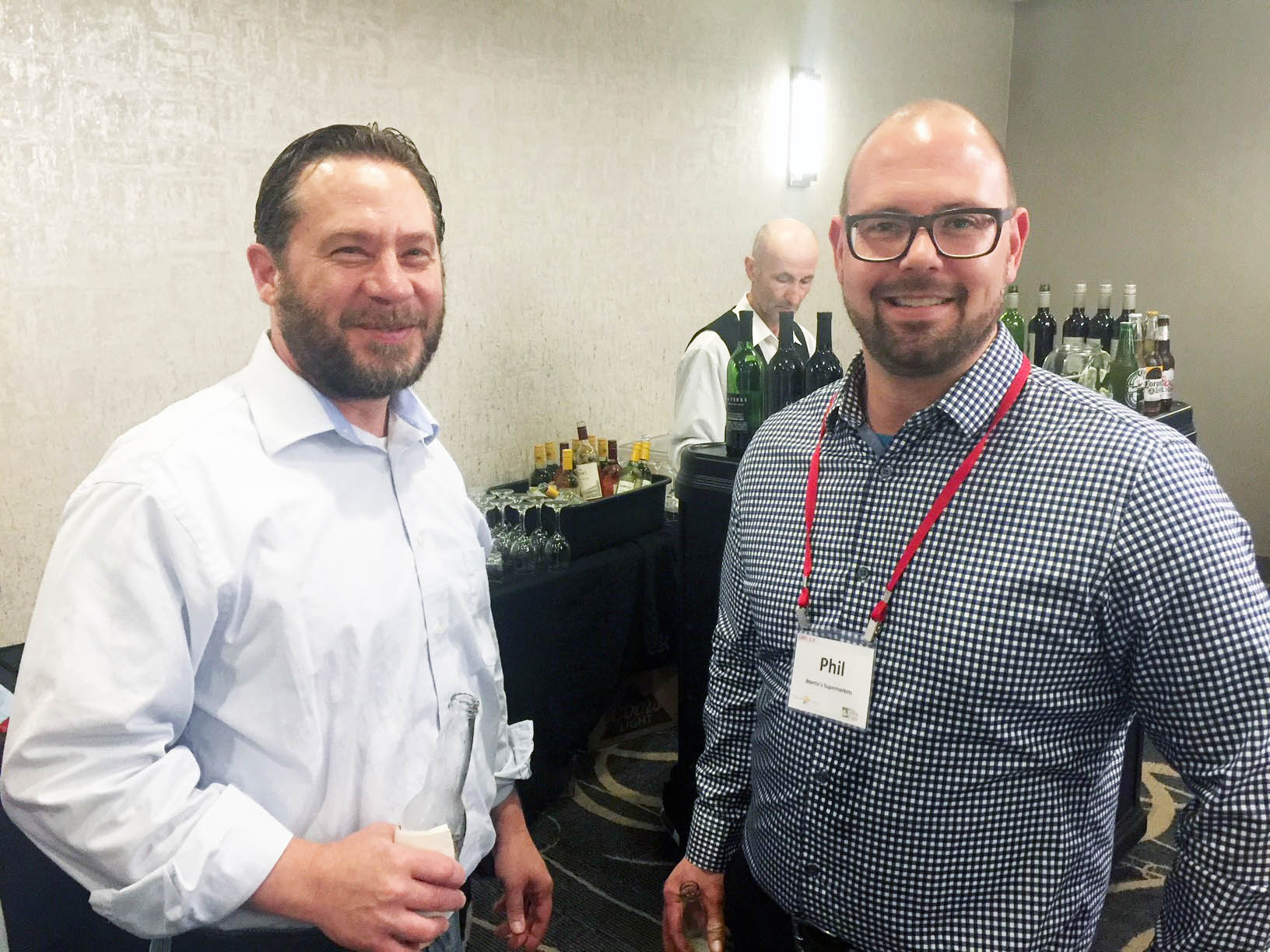 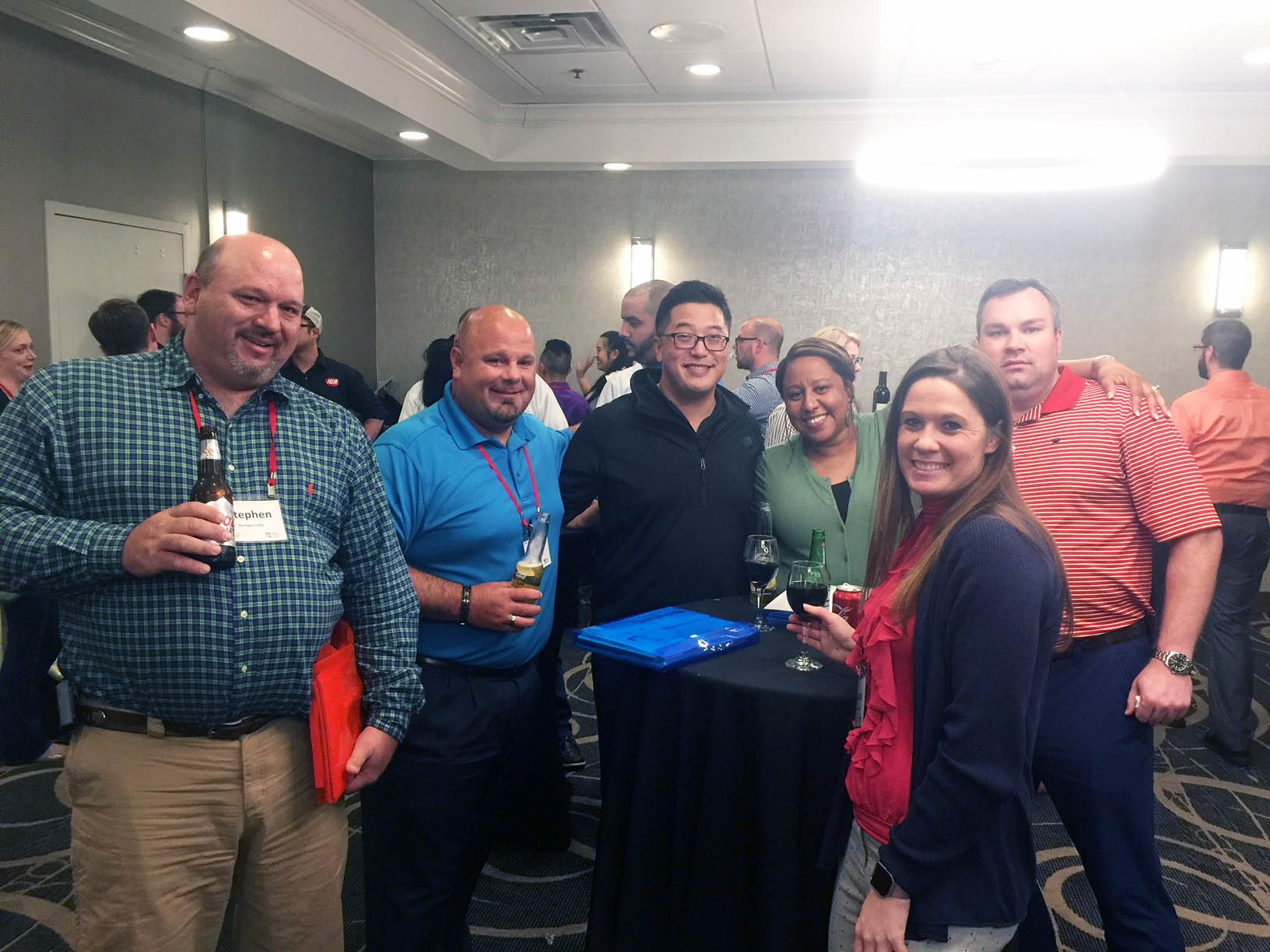 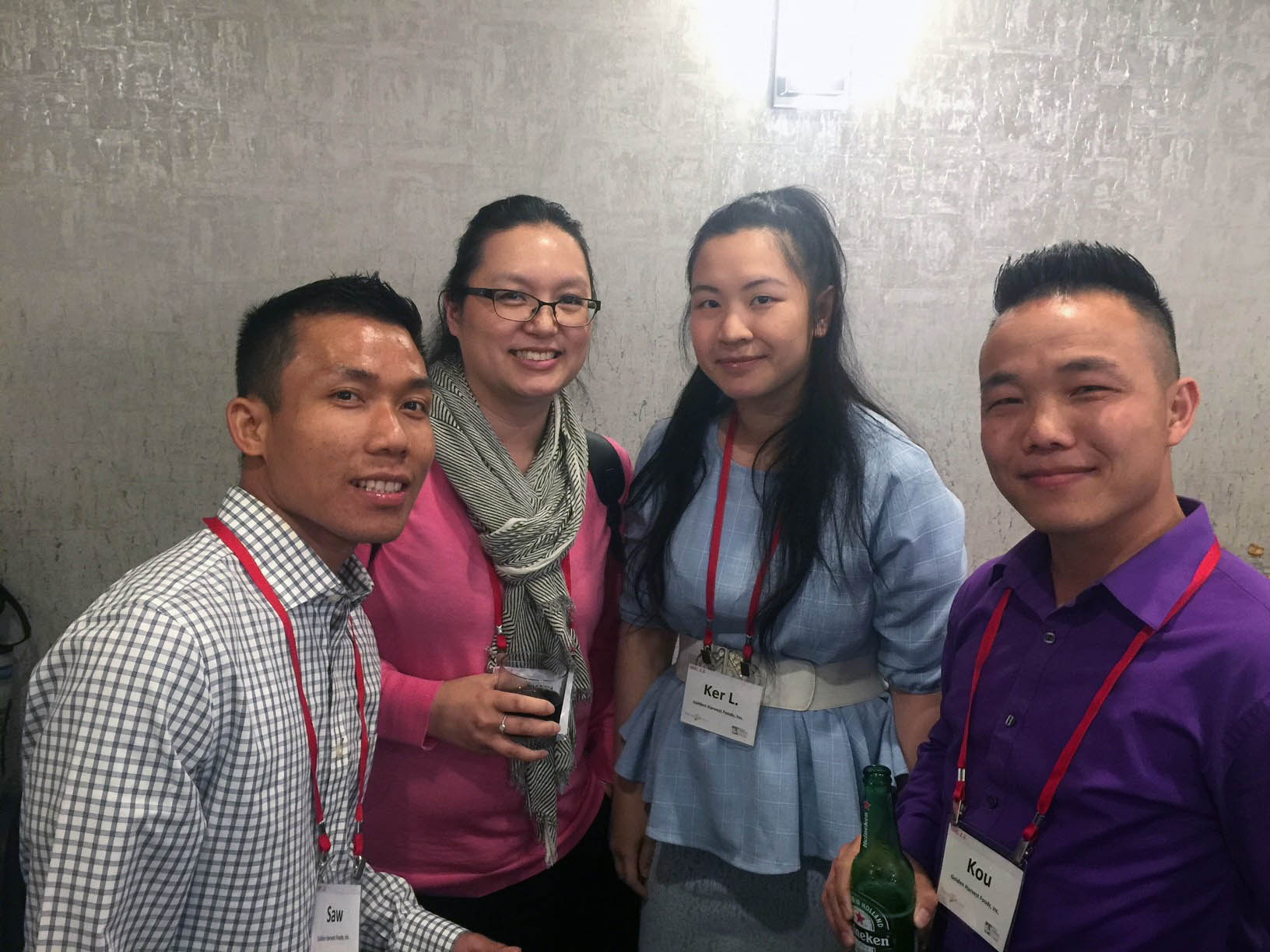 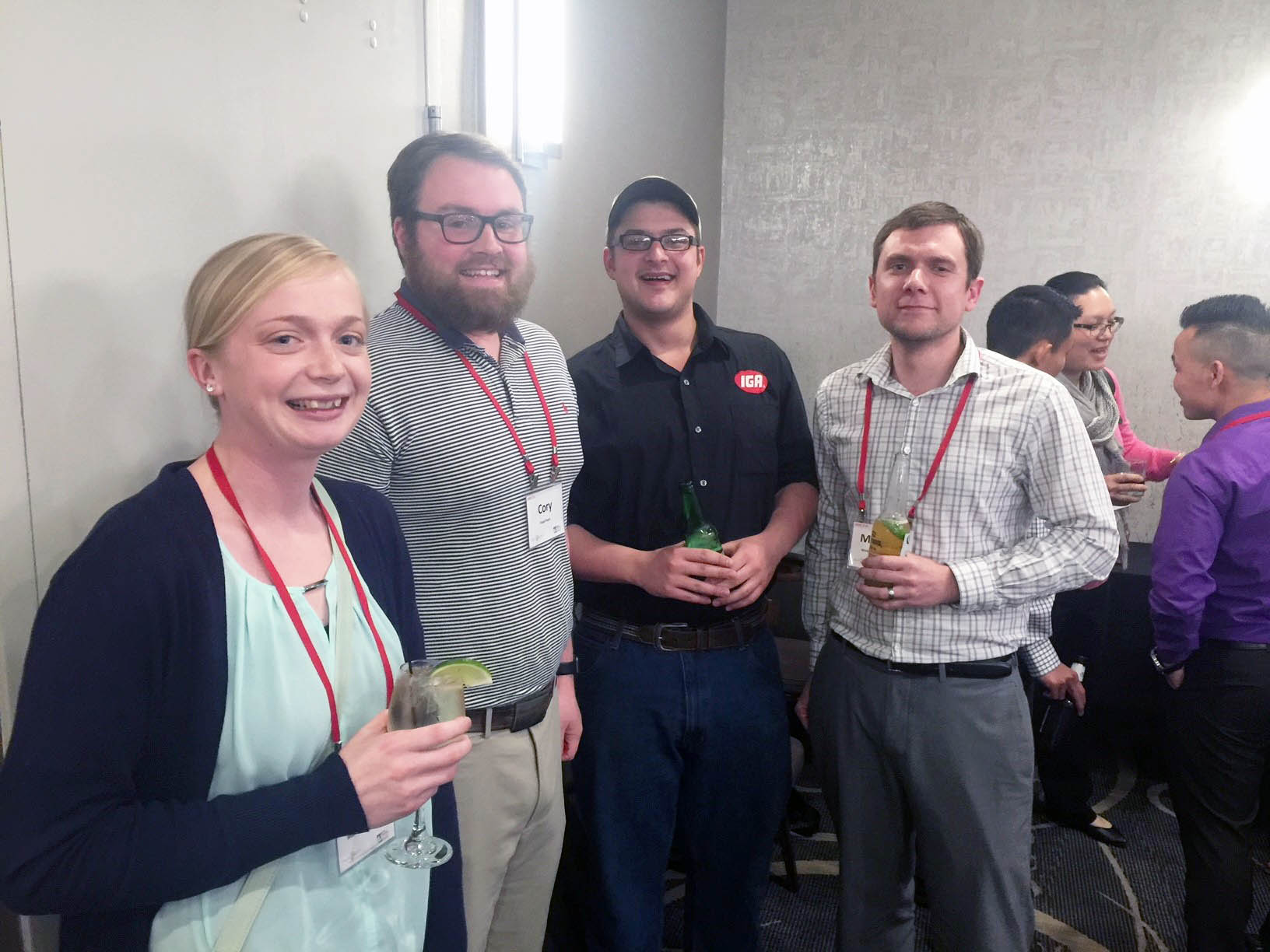 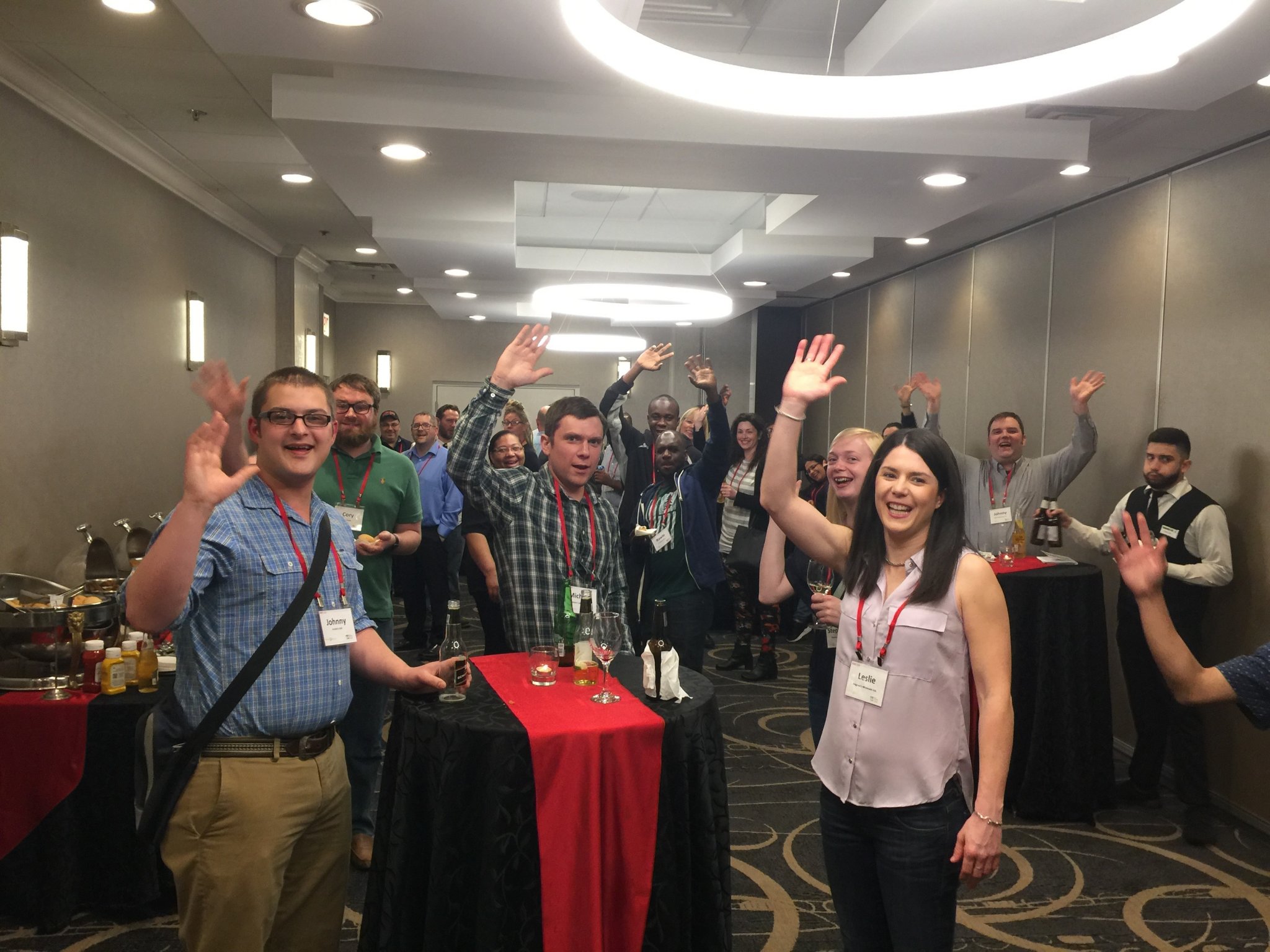 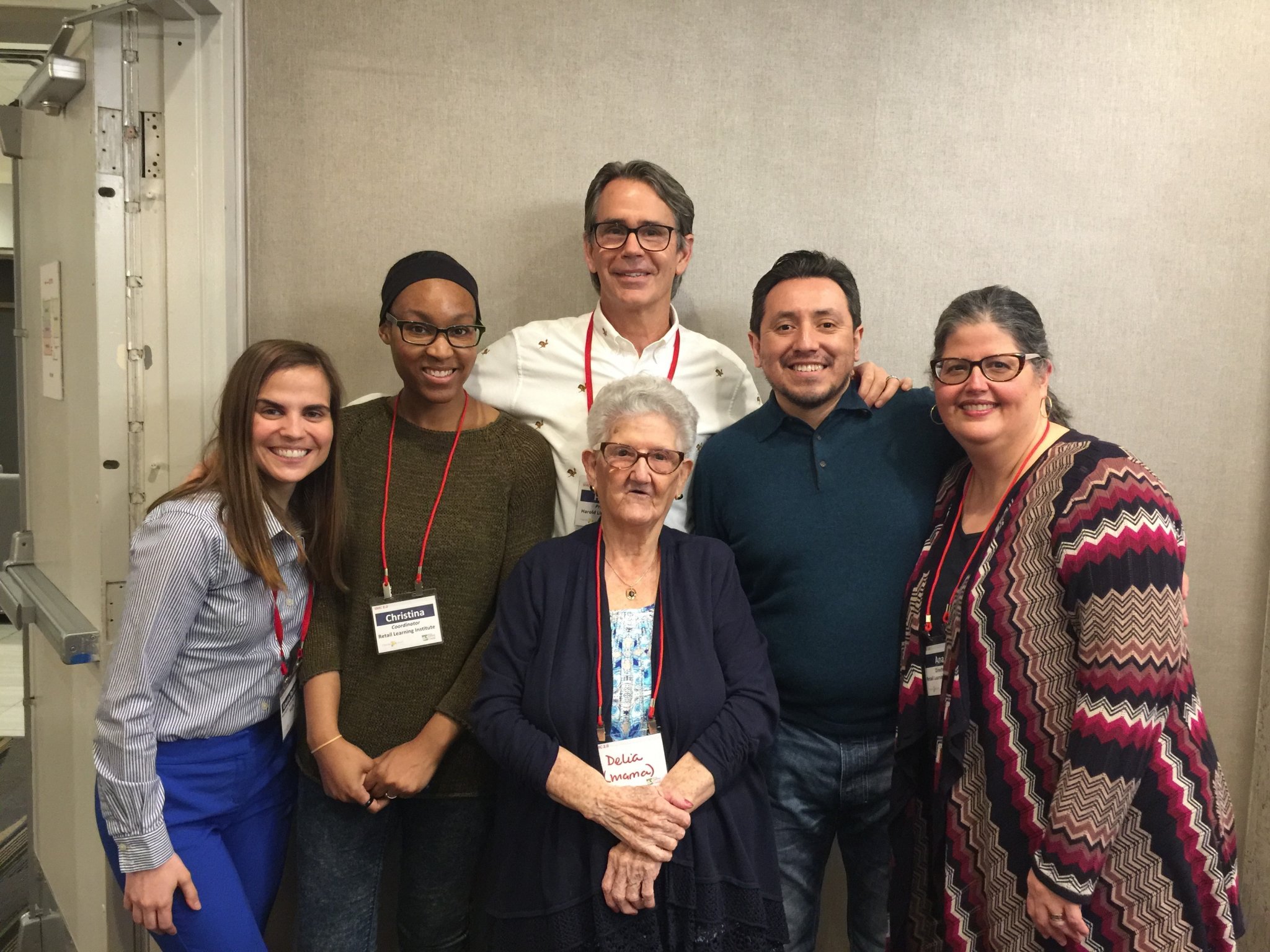 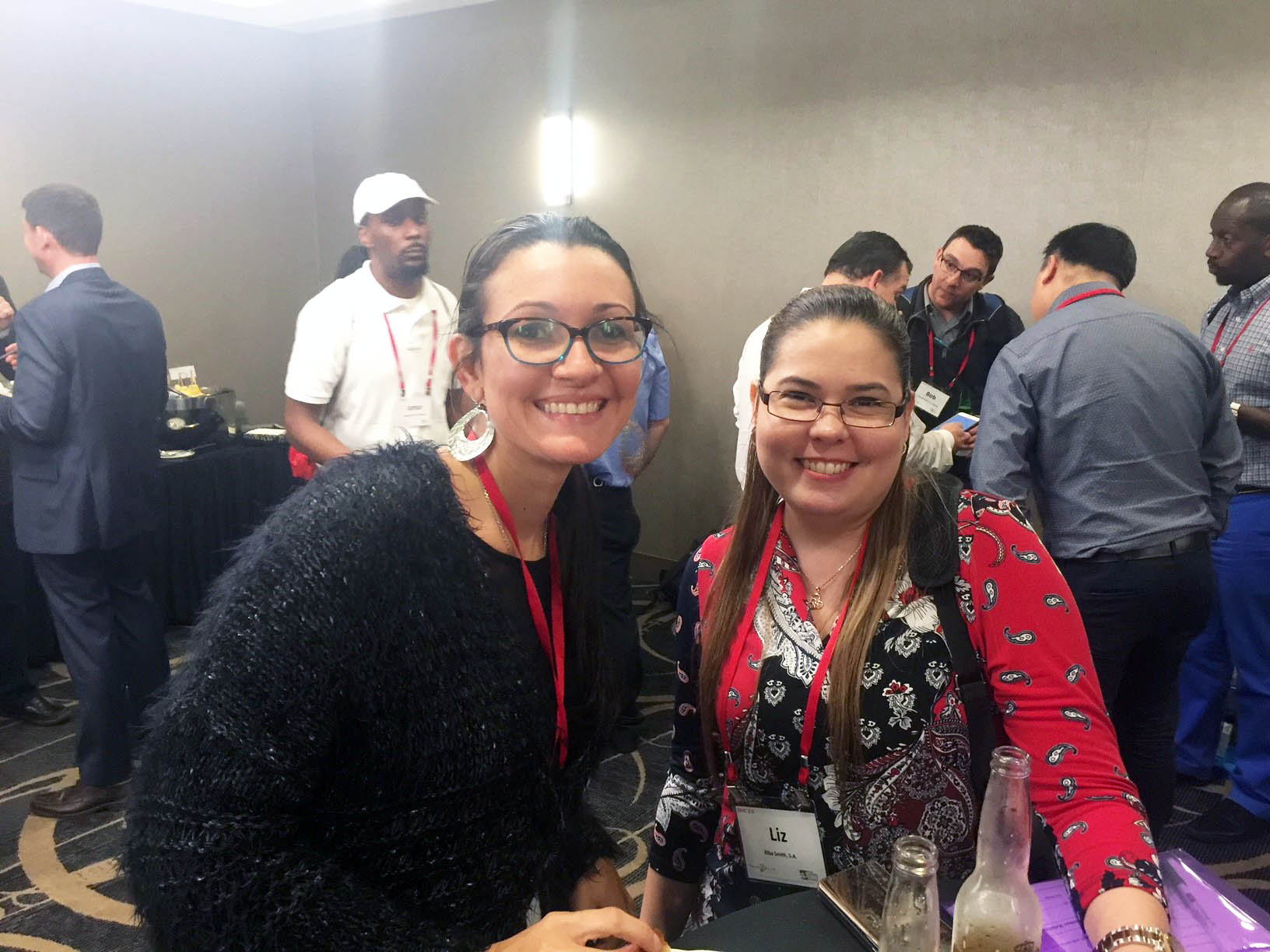 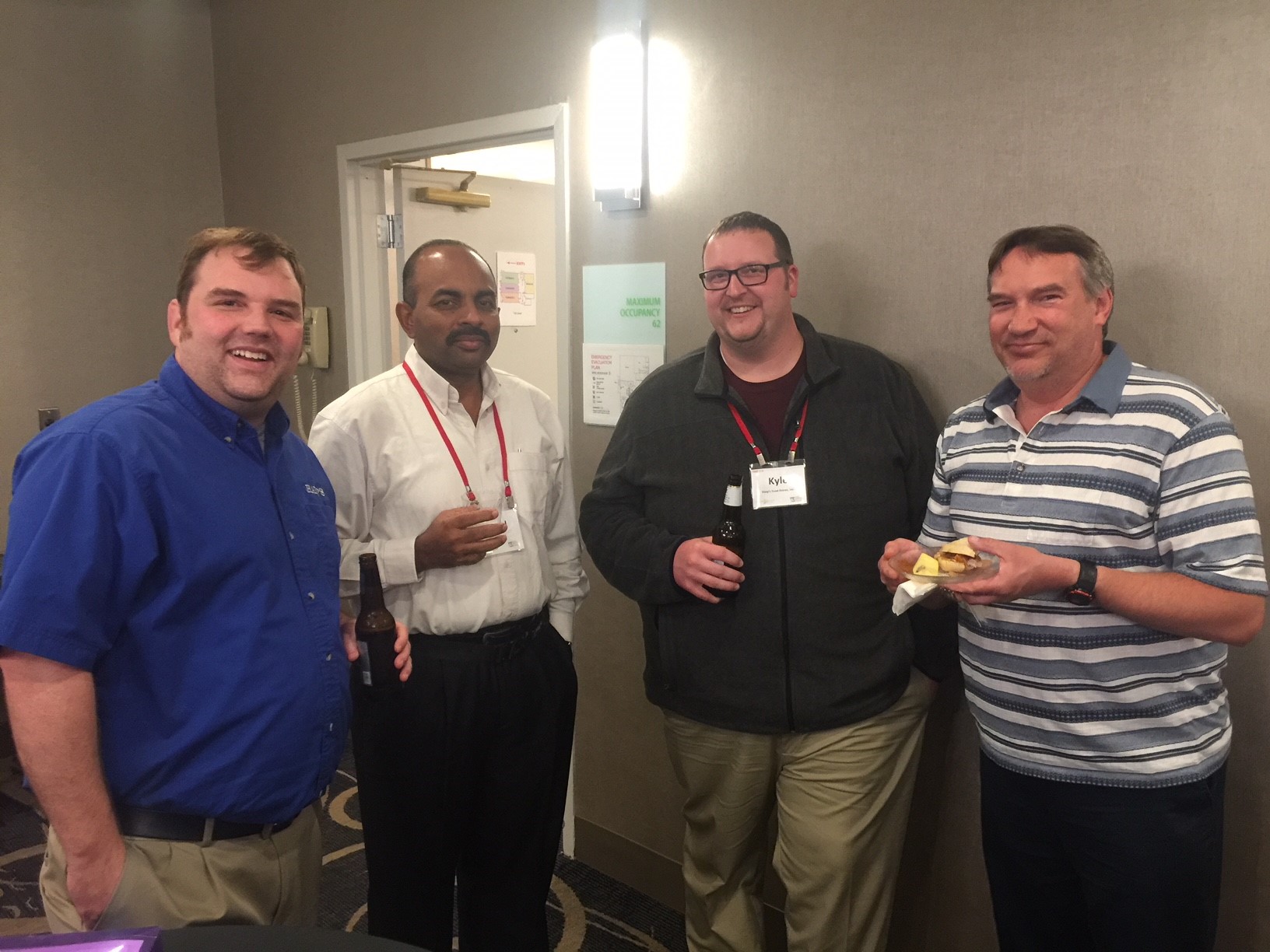 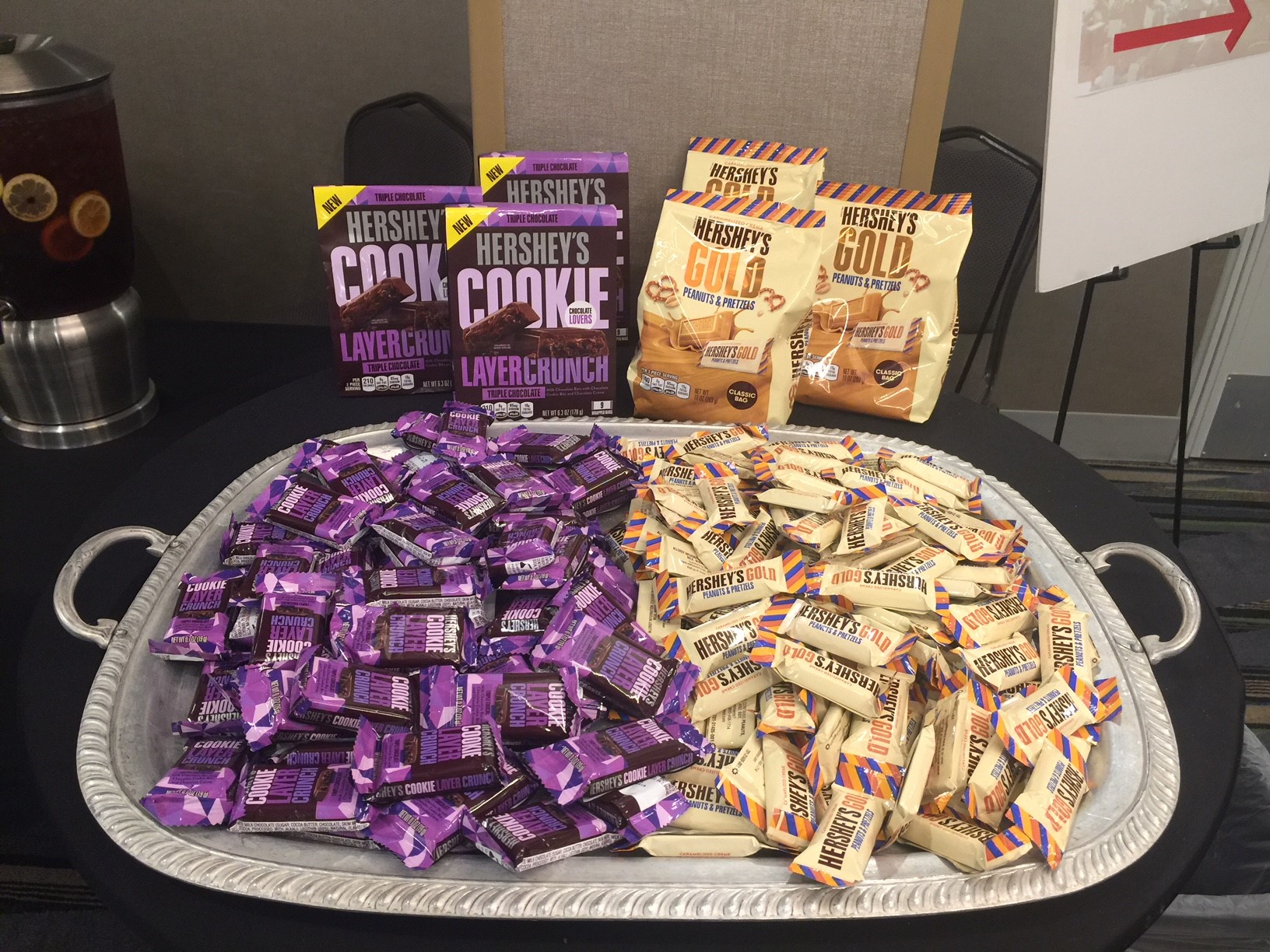 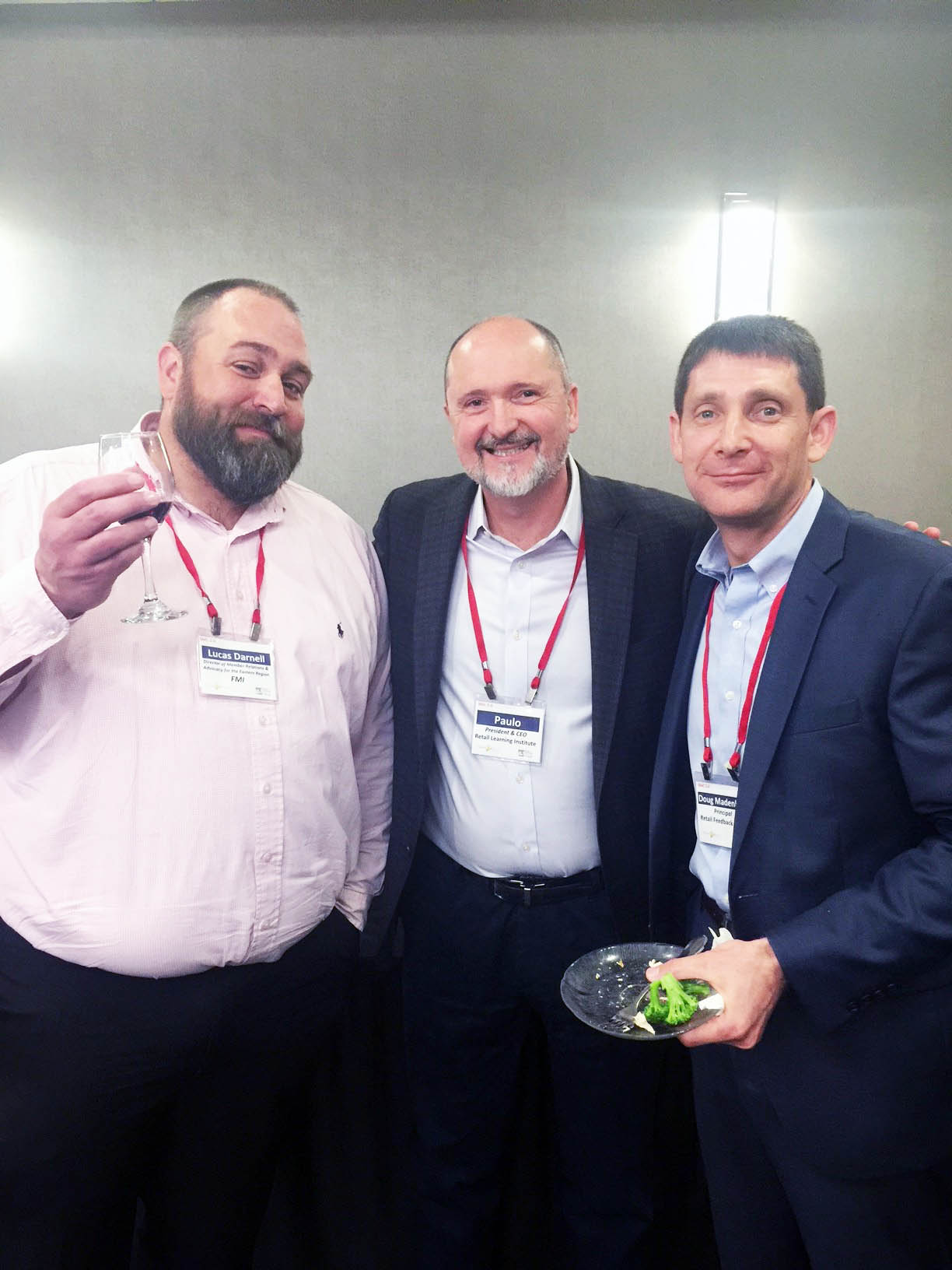 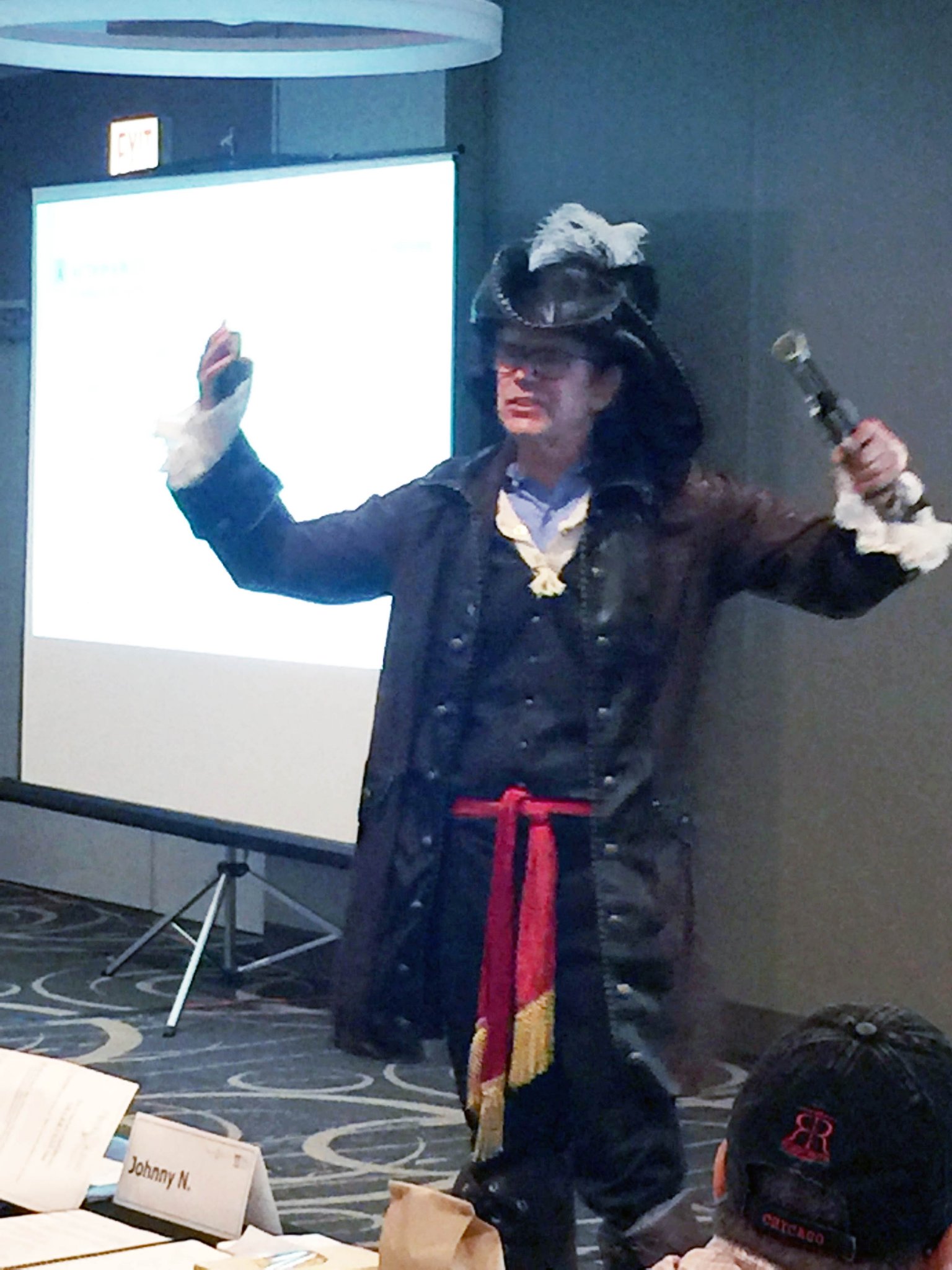 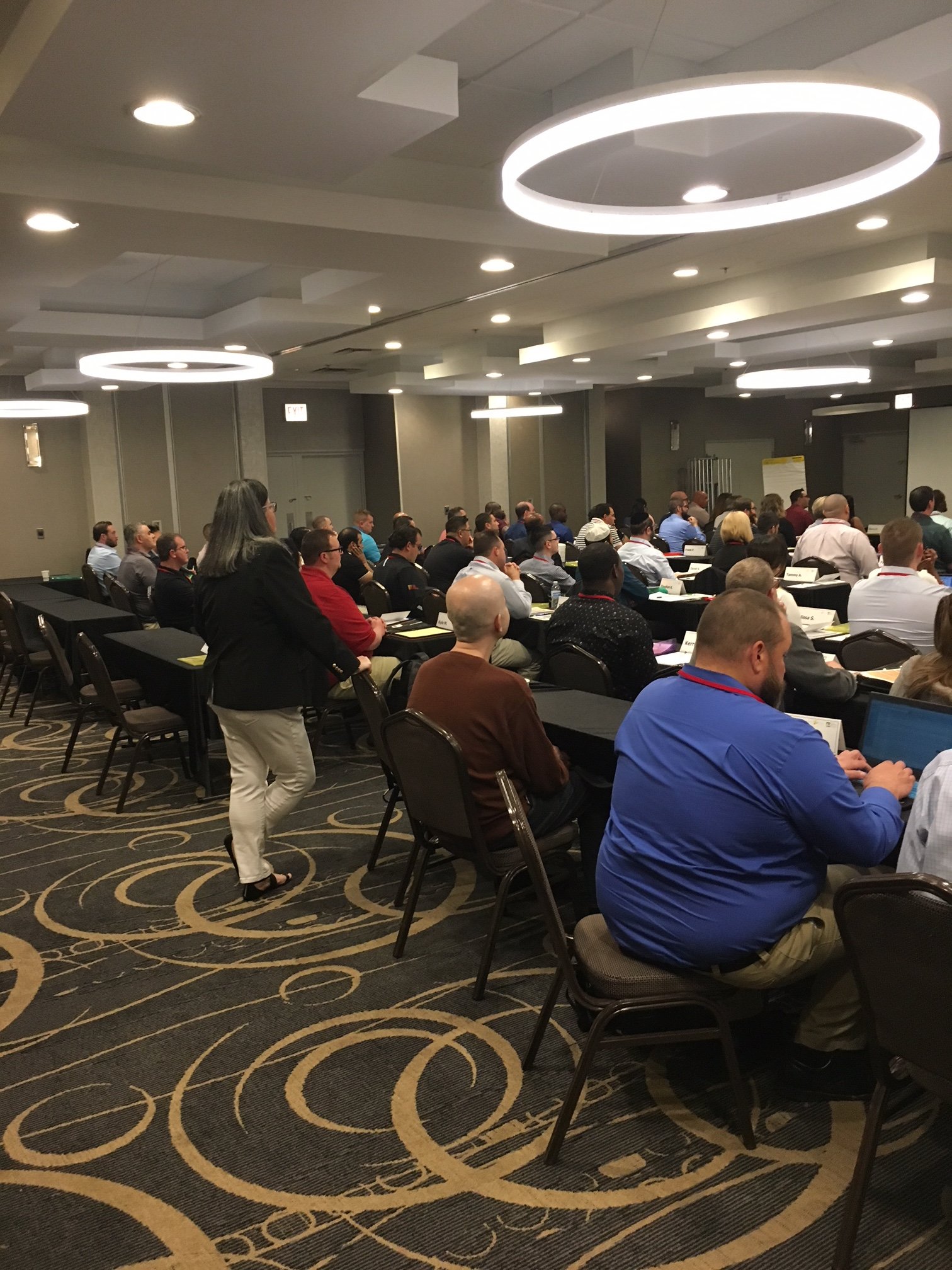 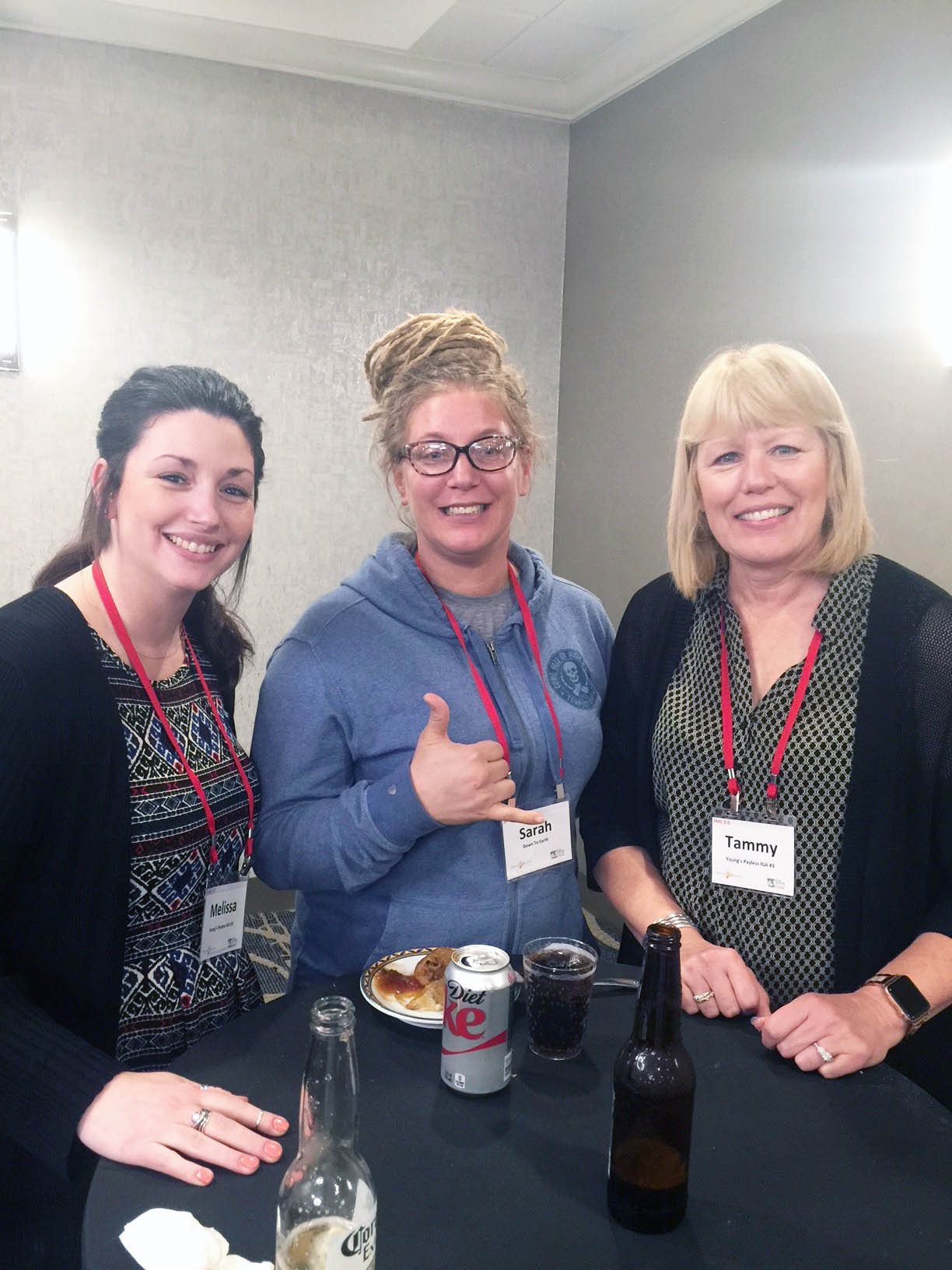 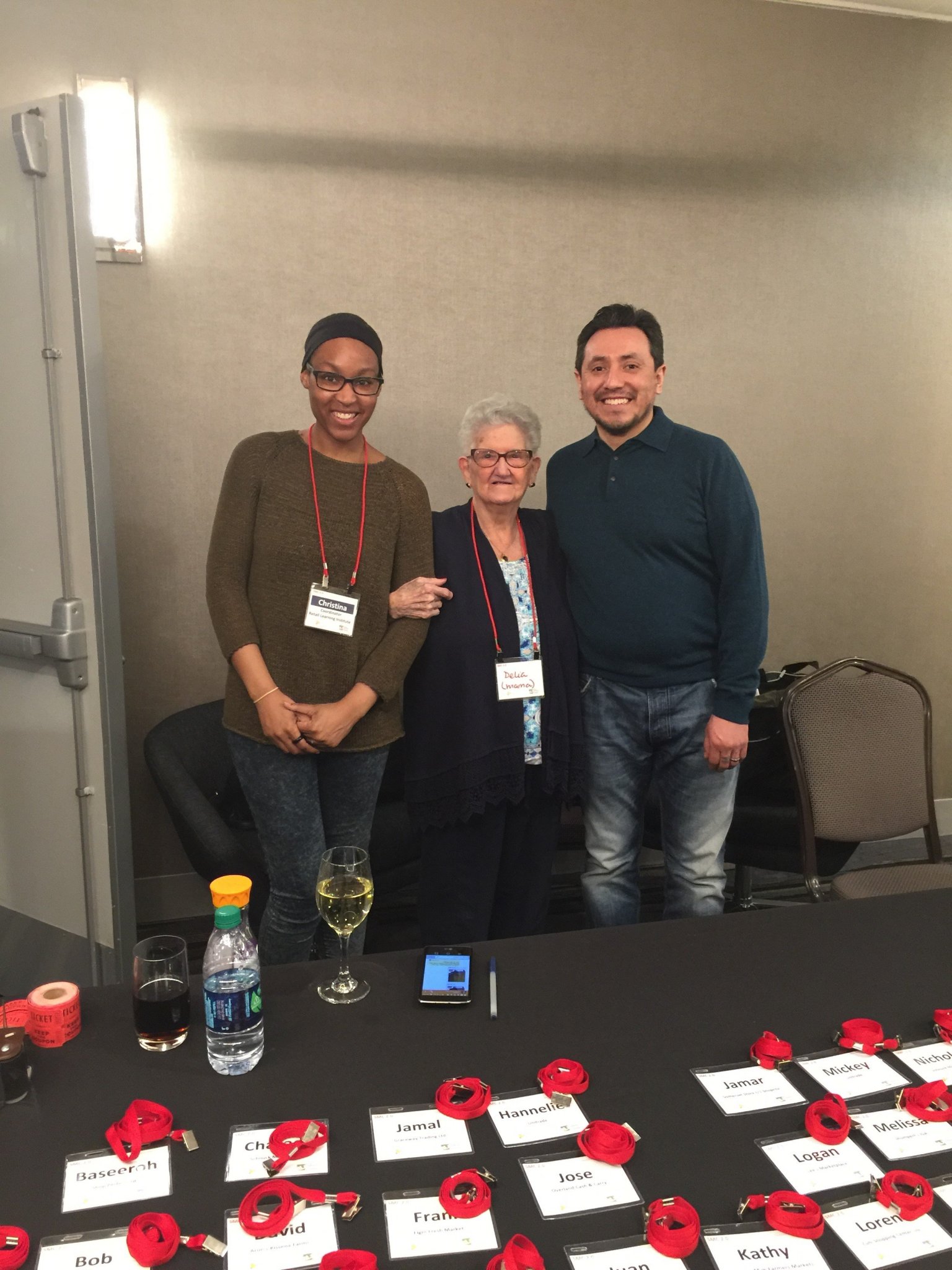 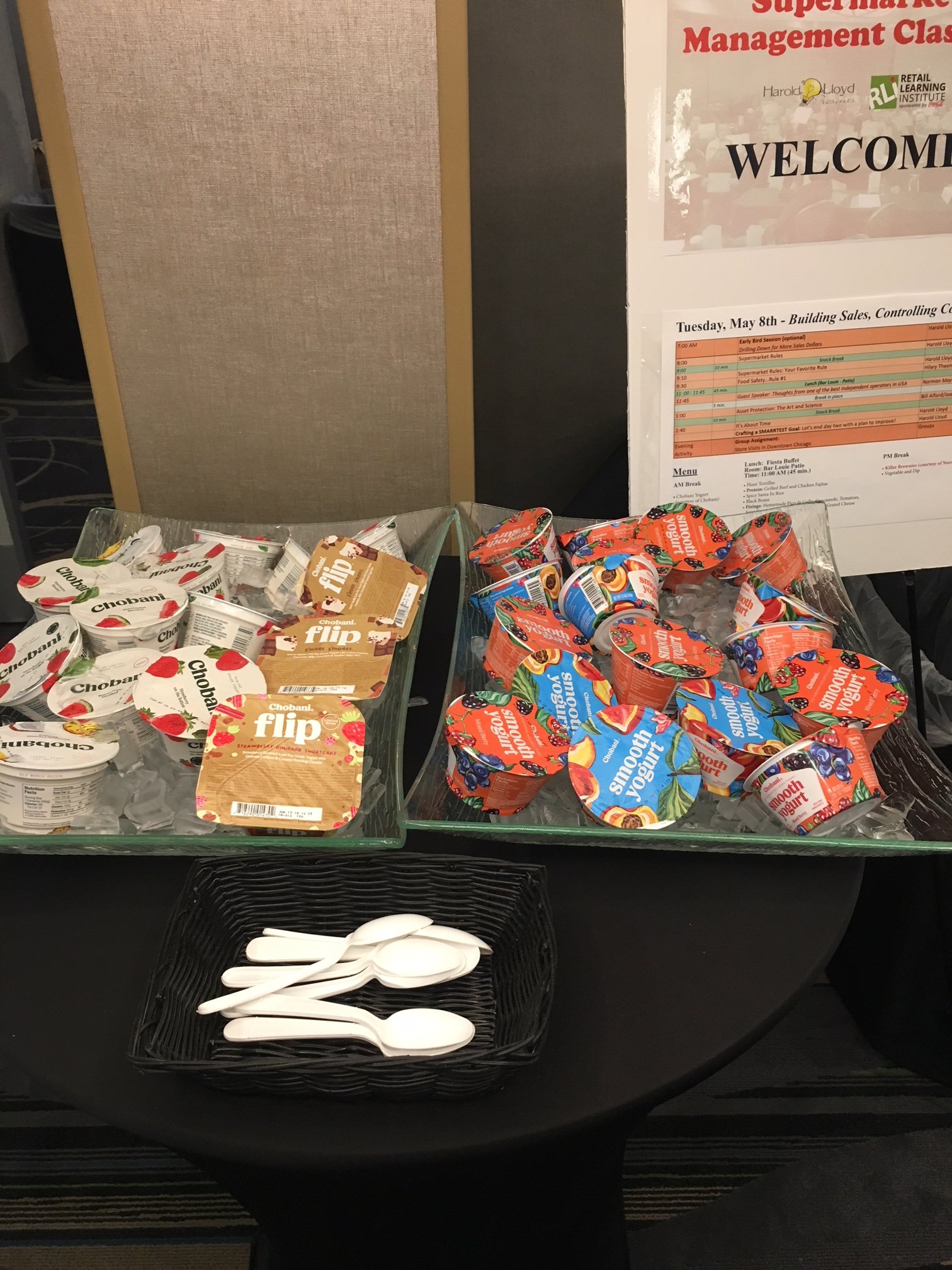 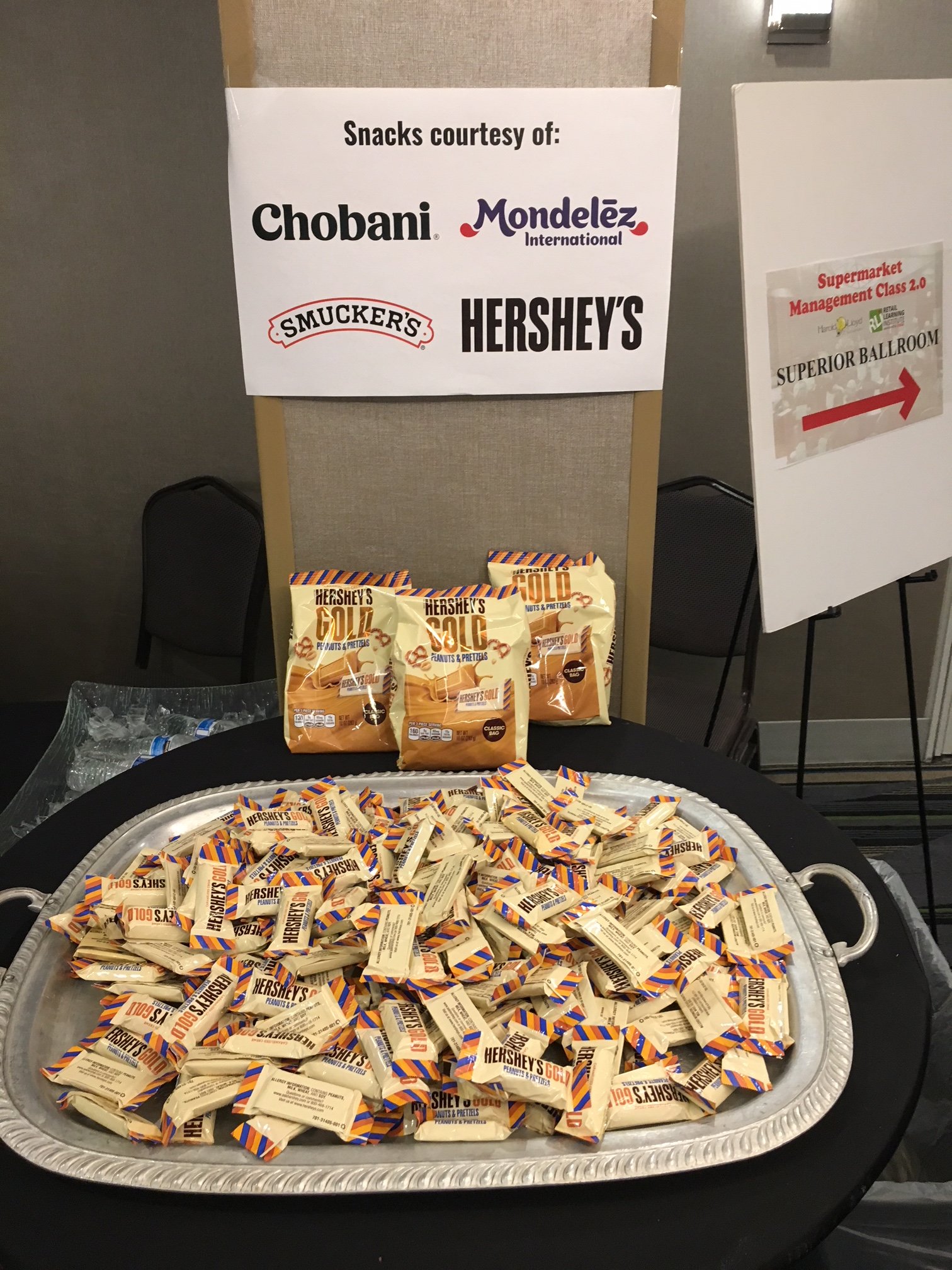 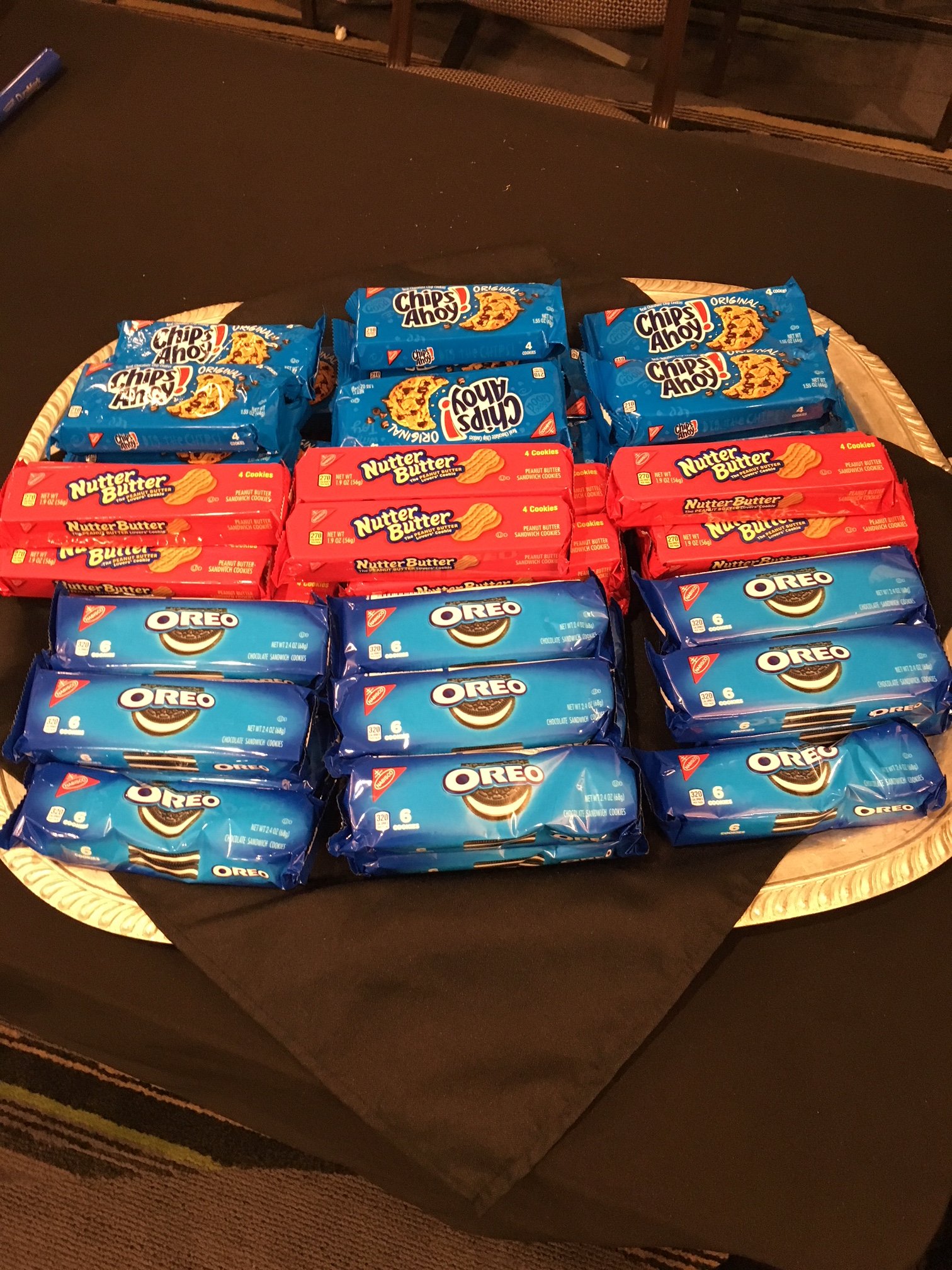 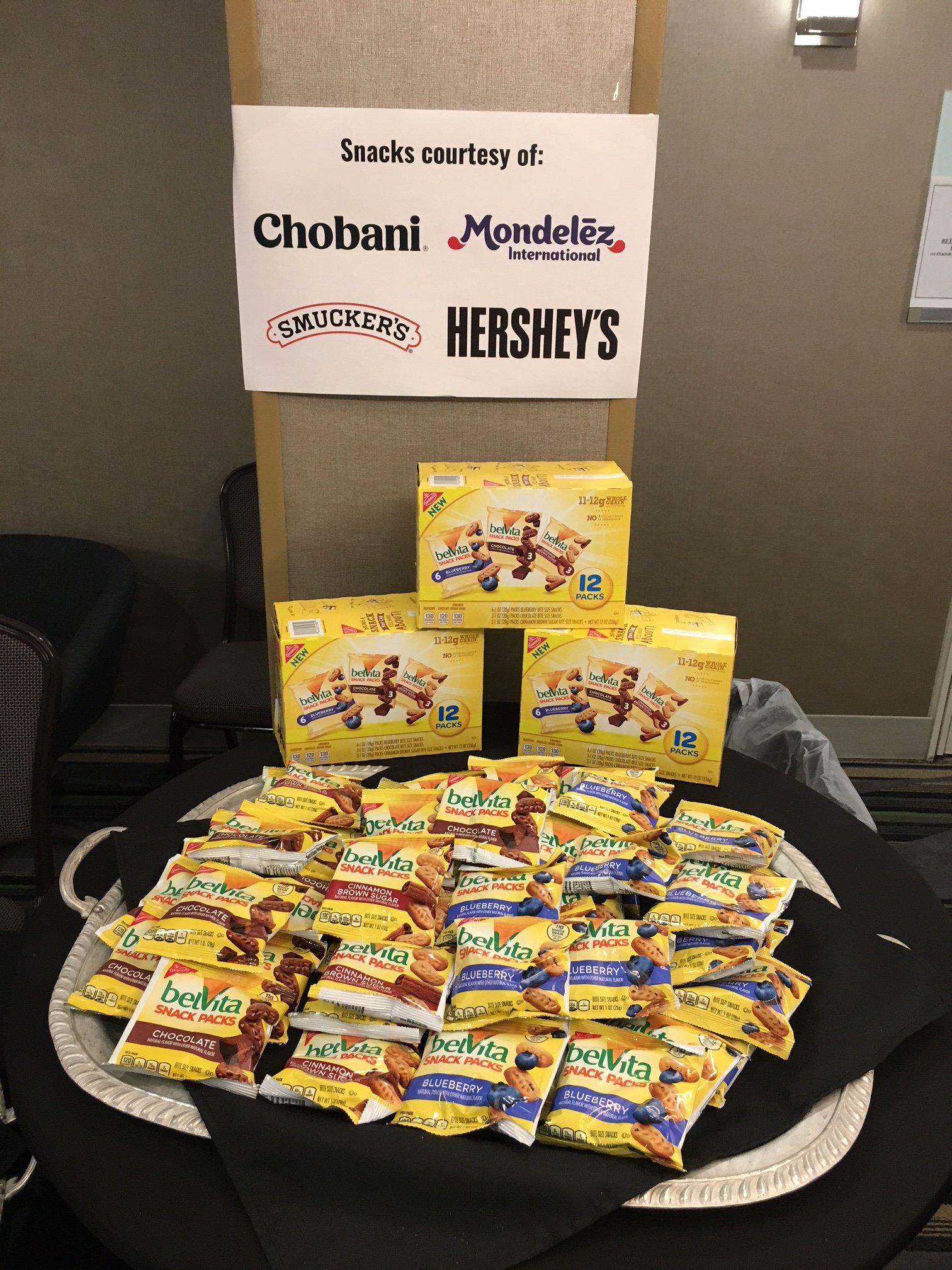 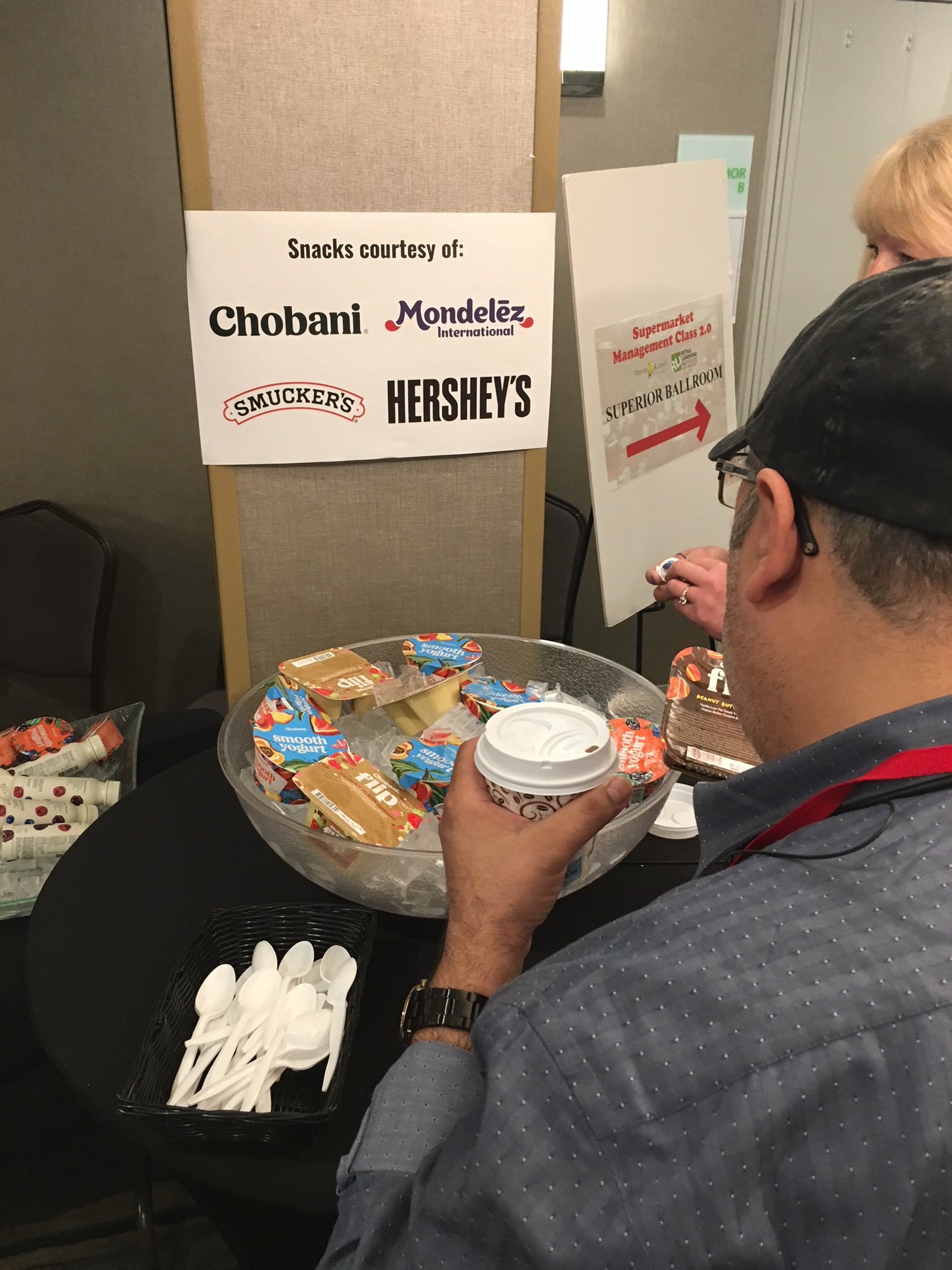 This website stores cookies on your computer. These cookies are used to collect information about how you interact with our website and allow us to remember you. We use this information in order to improve and customize your browsing experience and for analytics and metrics about our visitors both on this website and other media. To find out more about the cookies we use, see our Privacy Policy. If you decline, your information won’t be tracked when you visit this website. A single cookie will be used in your browser to remember your preference not to be tracked. I Agree